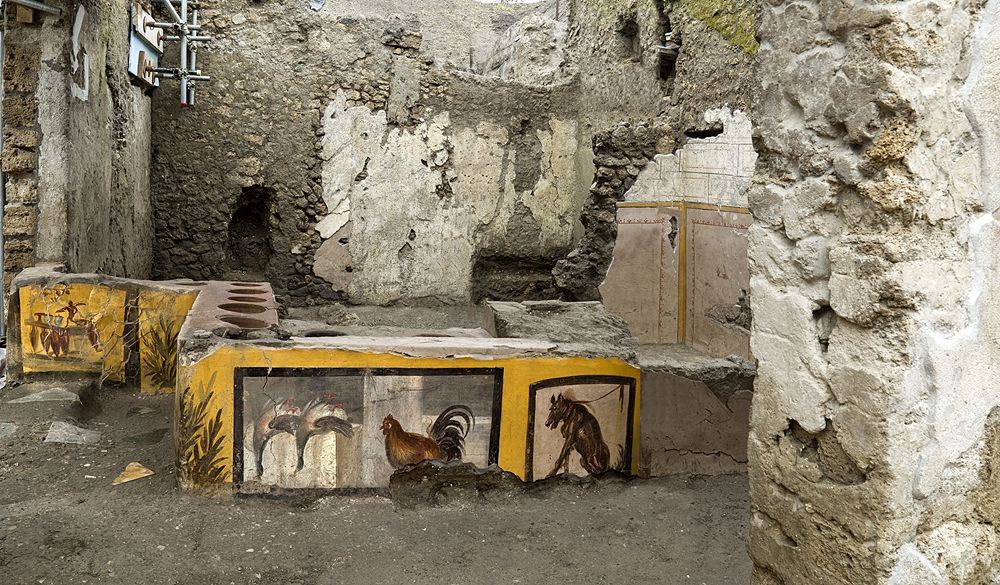 The last three great discoveries make absolutely worth the visit to the city's archaeological park on the foothills of Mt Vesuvius.

The plaster casts. The fugitives of Pompeii, immortalized and eternalized by plaster casts, cast light on the tragic story of men and women afraid and unprepared for what was going on. There was no memory of the previous eruption of Vesuvius, being covered with vegetation it was nothing more than a simple mountain to  the Pompeians.

The technique used to make the casts was developed in the mid-nineteenth century and consisted of filling with molten plaster the imprint left by the bodies inside the volcanic material. Since then, the method has been gradually perfected until today and has made it possible to recover two new casts with extraordinary details.

Two men, probably a gentleman with his slave, where the folds of the fabrics they were wearing are clear enough, lips, nose, veins on the hands.

A dramatic and fascinating vision, as it touches the deepest essence of our humanity, which is the ultimate goal of history, art, and culture.

The Termopolium. Street food of 79 AD, the Termopolium was nothing more than a diner, a bar, or a fast-food restaurant, where one could have a quick lunch and drink something on the go.

A large L-shaped counter decorated with frescoes and a marble floor, pots, and amphorae where the dishes were kept, all sealed by the pyroclastic material thrown into the air by Vesuvius. The colors of the frescoes are incredibly vivid and the earthenware containers bear traces of their contents: legumes, meats, cheese, and even sweets.

The habits of the Pompeians were not so different from ours, it was very common to eat out, and the cafeterias had to be inviting! The Termopolium brought to light this last year is truly extraordinary and observing it feels like hearing the shouting of the customers and the aroma of ready meals.

The parade float.The same Villa that returned the casts of the two fugitives, the gentleman with his slave, gave another incredible gift to the archaeologists. It is a ceremonial chariot, unique in Italy, with touches of red paint and decorations in tin and bronze. There are still traces of the cushions and ropes that held the festoons of flowers. It was a means of luxury transportation, used in solemn ceremonies by men of the city’s elite.

Procida Italian Capital of Culture for 2022

Ask our Concierge to organize a guided tour in ancient Pompeii, to admire the treasures of perhaps the most famous archaeological site in the world, which tells the life of a city with its inhabitants, its business, its mysteries, frozen forever and offered to us as a continuous source of amazement, research, experimentation. 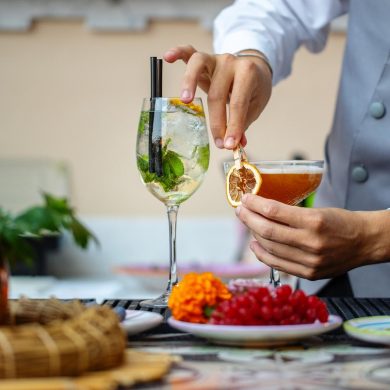