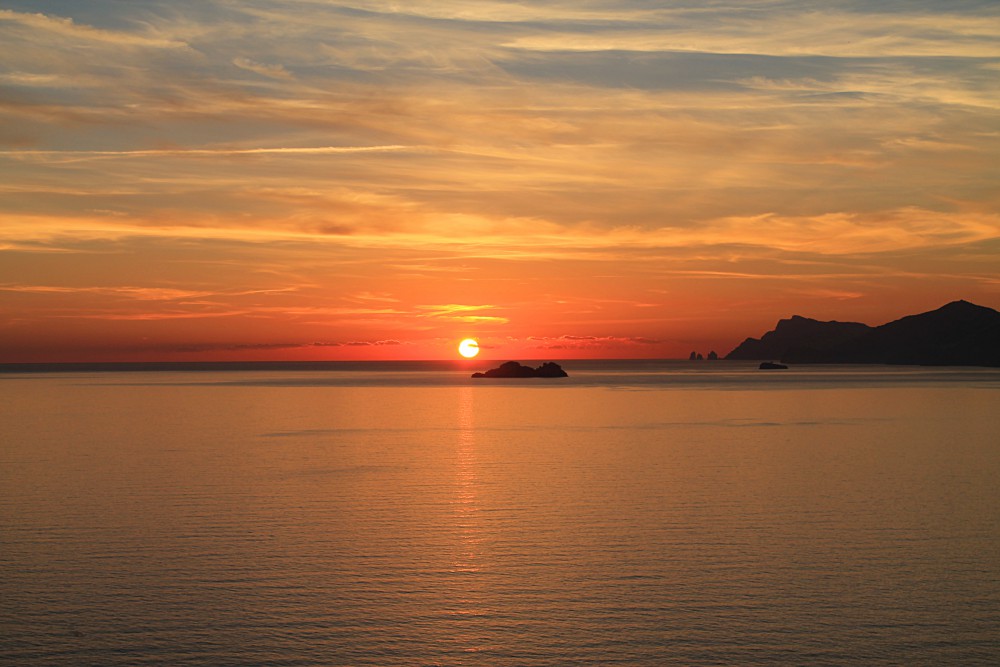 A 50 kilometre long Blue Ribbon to discover some of the most romantic and fascinating places in Italy.

Between the southern slope of the Gulf of Naples and the Gulf of Salerno, the Strada Statale 163 Amalfitana, built in the Bourbon era, connects the 13 municipalities, thirteen precious stones embedded in the rock sloping in the Mediterranean, the Divine Coast that UNESCO declared World Heritage Site.

Some of these sites are famous and attract visitors from all over the world, thanks to the love of so many illustrious characters who celebrated their beauties.

We are not talking only about Positano, the glamorous destination par excellence, loved by Nureyev, and Zeffirelli, or Amalfi, the ancient Marinara Republic with its illustrious history and Arabic architecture, or Ravello, which owes so much to Wagner, who found inspiration for Parsifal in Villa Rufolo’s gardens.

Those who are fortunate enough to explore the small villages and towns are also amazed at the beauty of the landscapes, the beaches, the scents, and colours, as well as the people.

Praiano is a small town gently laid on the rock, full of narrow streets and paths, imbued with a relaxing and serene atmosphere. But it is also a place rich in history and culture, already a holiday destination for the Doge of Amalfi, studded with the Saracen watchtowers, the depositary of a miracle of nature that repeats itself every day, that of the most suggestive sunrises and sunsets that one can imagine; from here the sun sinks below the horizon on the sea tinting the sky in gold, red, and orange.

Atrani, less than a kilometre from Amalfi, is the smallest and most beautiful village in Southern Italy. It can be traversed through the staircases connecting the houses built on one another and the arches that create a magical contrast of lights and shadows. Atrani owes its timeless atmosphere to its medieval yet perfectly recognizable structure, to the suggestive square overlooking the sea, to the lights of the fishing boats that depart from the small beach at night.

Furore is a village with less than a thousand inhabitants, divided into a high area, on the slopes of the Lattari Mountains, with houses that sprout between the rocks, and the marina, known as Furore’s Fjord. Here artists such as Fellini, Rossellini and Anna Magnani breathed the surreal dimension of the wild nature, the most extreme beauty of the millenarian history mixed with legends and tales handed down by the locals. Such as the one related to Furore’s name, which the elderly attributed to the devil’s fury driven away by the locals. But the correct etymology is no less fascinating: the name comes from Terra Furoris, for the rumble of the foaming sea that breaks on the rocky walls formed by the deep chasm of the rocks enclosing the small and delightful beach. 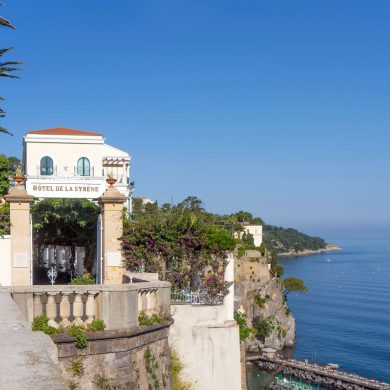 Top Ten Things…to do on holiday in Sorrento.